What are the Real Costs of Employee Turnover 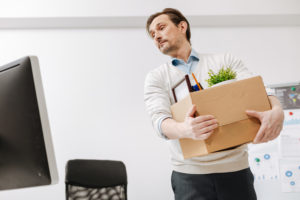 In the current economy, some managers claim that they do not need to worry about retaining employees. They argue that workers should be happy to just have a job, and if any employee fails to appreciate all that the company is doing for them, he or she is welcome to leave.

Managers assume that employees are not likely to quit a job that offers the security of a regular paycheck. According to the U.S. Bureau of Labor Statistics, however, that is not correct.

The BLS report for June 2016 revealed that 2.9 million workers quit their jobs during the month, which was equivalent to 2 percent of the workforce. During the same period, there were only 1.6 million discharges and layoffs. (1)

Obviously, not all employees are desperate to keep working at a job they do not enjoy or for a company to which they feel no loyalty. Employee turnover can have a serious impact on the health of an organization, but many managers are unaware of the actual costs that the company will pay to replace an employee.

What Are the True Costs of Turnover?

Some of the turnover costs can be easily quantified and tracked. Although indirect costs do not appear as a separate item on the income statement, they still affect the bottom line. Quantifiable costs include the expense of placing a classified ad or online job posting, headhunter fees, specialized formal training and relocation expenses for a new hire. Some companies pay the travel expenses for out-of-town candidates. It may also be possible to assign a dollar value to the time spent by the human resources department to sort through resumes and screen applicants.

The quantifiable costs are not insignificant, but they are only part of the true costs involved. A new hire will have to be onboarded and trained, so his or her productivity will be minimal initially. In addition, the employees assigned to complete these tasks will have their productivity reduced. Depending on the job, it may be a year or more before the new hire's productivity reaches the level of his or her predecessor. Even in an entry-level job that requires little training, new hires are seldom as efficient as experienced workers. This is true whether the new hire is a restaurant worker, a receptionist, an accountant, a hotel housekeeper or a C-suite executive.

When an employee leaves, knowledge is lost. Perhaps the former employee had learned shortcuts that allowed greater efficiency in the completion of tasks. Perhaps he or she had acquired relevant information about certain clients or developed a special rapport with them.

Maybe he was the only employee who knew how to make the aging copier work properly, or maybe he had a unique filing system that is unfathomable.

Another consideration is what the departure of an employee can mean for the remaining staff. Until the vacancy is filled, someone is going to have to take up the slack. Exempt employees may object to having to put in extra hours, and even if they do not voice their feelings, the quality of their work may suffer. Some non-exempt employees may welcome the overtime pay, but others may be more interested in having their time free than in the money. Many employees will begin to feel stressed, overworked and unappreciated, which means that they are more likely to seek another job.

There will also be tasks that fall through the cracks. Customers are not being engaged as they should, which could result in decreased sales. Filing backs up to the point that no one can easily find what they need. It may be impossible to meet the demand for service calls with the current staff. Potentially, a million small tasks could be neglected until they pile up into major problems.

The Mathematics of Employee Turnover

When it comes to assigning a specific amount to turnover, the experts are not in agreement. However, the Society for Human Resource Management (2) has conducted extensive research on the subject. SHRM estimates that the direct costs can be as much as 60 percent of the former employee's annual salary and that total costs can be as much as 200 percent. An average company loses 12 percent of its pre-tax income to turnover costs, according to the SHRM, and companies with excessively high turnover rates lose almost 40 percent.

The Center for American Progress, also known as CAP, provides different estimates. (3) CAP estimates that it costs 16.1 percent of the annual salary if the job pays no more than $30,000, 19.7 percent if the job pays between $30,001 and $50,000 and 20.4 percent for jobs paying between $50,001 and $75,000 annually. For senior executives or those holding jobs requiring stringent educational credentials, CAP estimates that costs can be as much as 213 percent.

All estimates stated by SHRM and CAP include both tangible and intangible costs. To illustrate the mathematics, the CAP estimates will be used. Assume that a company has 100 employees earning $25,000 per year. If 2 percent of them quit each month, that is equivalent to 24 employees per year. At 16.1 percent, it will cost $4,025 to replace each employee who quits. This yields a total of $96,600 for replacing these employees. 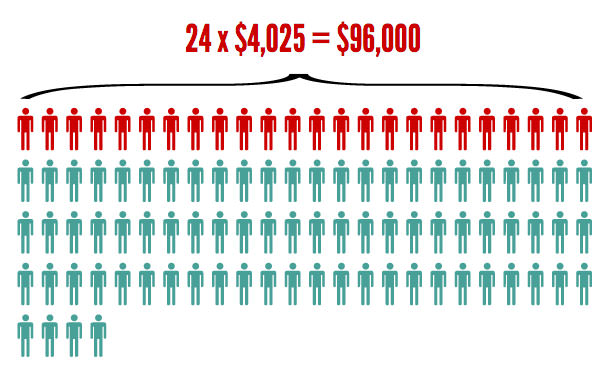 Now assume that the company only had 18 employees quit who earned $25,000 annually. However, three supervisors also quit, and each of them earned $45,000 per year. Two middle managers earning $60,000 annually quit as well as a senior executive earning $125,000. The math is as follows.

The grand total is $389,775, and that is using the lower estimates. Based on the estimates provided by SHRM, the direct costs alone could easily reach $498,000. Most companies could find better ways to spend this money. 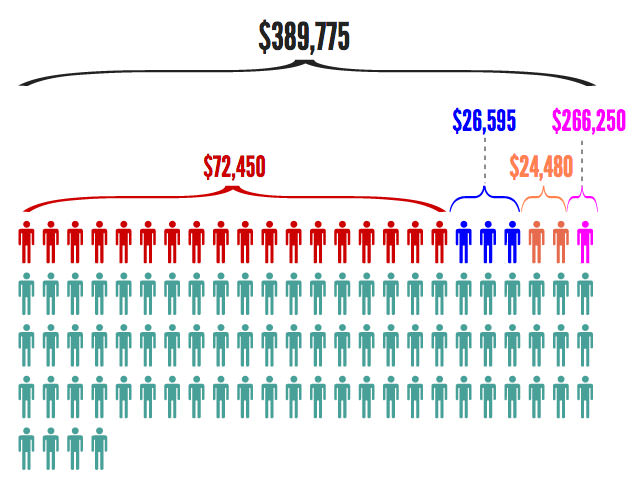 Employees quit for a variety of reasons. Some never intended to stay beyond a certain point. Perhaps they wanted to have their student loan paid off or have a certain amount in their savings account. They may leave to follow a spouse who has been transferred or to stay home with the children. Maybe they want to go to medical school and know that the demands of their education would conflict with the job. There is not much that an employer can do to retain this group of employees.

However, most employees leave because of dissatisfaction.

The basic key to employee retention is employee engagement

Although many employers try to understand why employees leave, it is often more beneficial to examine why employees stay. The basic key to employee retention is employee engagement.

Employees with strong links tend to have more difficulty leaving their friends at work or relatives in the community. Fit can imply that the employee believes that he or she excels at the job or embraces the values of the company, but it can also imply how well the employee enjoys the community. For example, employees who are avid snowboarders might not enjoy working and living in South Texas as much as they would enjoy other parts of the country. Sacrifice can involve forfeiting incentives that the company has tied to tenure, selling a beloved home or having to transfer children to a different school.

Employers can take steps to foster employee engagement in all three categories.

However, it is impossible for an employer to know what will engage employees without asking them. Employees are unique individuals who have different motivations, desires, dislikes and lifestyles. The problem arises when employers try to convince employees to share all of this with them. Employees may feel that they could suffer for their openness or say the wrong thing. Having a third party administer surveys to employees is an excellent way to obtain the information needed without the time and frustration that can be involved when attempting to get honest feedback from employees.

Surveys can cover a wide range of areas, including the employee's relationship with his or her immediate supervisor, overall job satisfaction or training needed. Employees can be asked how well the job duties were explained during the interview process, whether they feel their work is sufficiently challenging or what benefits are most important. Employees may reveal whether they believe that the work they do matters, have pride in their employer, feel appreciated and believe that they have a future with the company — all of which are hallmarks of an engaged employee.

Retaining top talent can be challenging, but replacing them can be much more difficult. No single strategy for employee retention will work for every employer, but every employer can find a strategy that will work.