How Does a Bad Boss Destroy Team Motivation 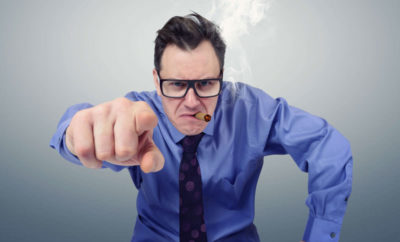 If you have ever had the unfortunate experience of working in an office that is ruled by the incompetent whims of a very bad boss, you're sure to have plenty of negative memories of the ordeal.

During the time of your suffering, you watched helplessly as employee motivation went straight down the drain, affecting not only the quality of their work but the productivity and profitability of the company you all worked for.

It was not a pretty sight and, to make things worse, it was a pass that things need never have come to in the first place.

What Are The Ten Dead Giveaways Of A Bad Office Supervisor?

A boss that cannot allow their employees to simply do the tasks assigned to them without butting their head in at every step of the process is a sure drain onemployee motivation. After all, what's the point of even doing the job correctly when it's sure to be picked apart and criticized?

As a direct consequence of micromanagement, the refusal of a boss to allow their employees to handle certain tasks for them will result in missed deadlines and shoddy work, which the boss will, more often than not, blame directly on their employees rather than their own impatience and incompetence.

3. Picking favorites among your employees

One of the surest ways to destroy employee happiness is for a boss to pick favorites among their employees. You may have seen bosses hand plum assignment and rewards to their cronies, meanwhile ignoring far more qualified and professional workers. Playing favorites is a sure-fire destroyer of employee engagement.

You may have also seen bosses that turn certain employees into scapegoats who get the blame for every mishap that occurs in the office, many of which are obviously due to the boss's own incompetence. This is one of the fastest ways to breed dissension, backstabbing, and open warfare in a business environment.

Perhaps you've been the victim of several incidents wherein my position in the company has suffered severe setbacks because of irrational quotas for productivity, as well as deadlines for their delivery, that have been set by a boss who really had no clue what they were asking for.

Hauling employees into the boardroom to make them listen to endless harangues, or to set an increasingly irrational and ill-advised policy, is yet another way to completely devastate employee happiness. If, despite the endless hours wasted in these meetings, nothing ever changes for the positive, why hold them in the first place?

Another textbook maneuver that is sure to kill employee engagement in the workplace is to dismiss out of hand, or subject to ridicule, any suggestions or tips that they make. A boss that won't listen to their employees, or actively discourages them from taking any part in the proceedings, is setting themselves up to fail grievously in terms of production. A disinterested office is a fatally unproductive one.

8. Focusing On The Negative Instead Of The Positive

A kill joy boss that focuses on the negative, such as mistakes made or deadlines missed, instead of the positive, such as new levels of productivity over the long term, is a boss that will drain employee happiness from the office. A staff that feels underappreciated and compelled to reach arbitrary and ill-defined standards is one that will lose motivation and interest in a hurry.

You may well have unfortunately been on the receiving end of an outright lie concerning my possible reward for a deadline kept, or a quota exceeded. Perhaps you have been the witness of many hypocritical actions made by bosses who thought they were above the company rules by virtue of their position. Suffice it to say that this only proves the truth of the old saying, "Pride comes before a fall." A boss that sets themselves up as superior to the law is one that is headed for a nasty surprise, even if they don't manage to destroy employee motivation before they are exposed.

You may have watched bad bosses share jokes that ranged from mildly inappropriate to completely over the line, and have also witnessed my fair share of intimidating and harassing behavior. On a scale of one to ten, this sort of action is absolutely at the top of the meter when it comes to behavior that can completely destroy employee engagement. In fact, if not checked in time, it can result in years of costly lawsuits and terrible publicity for the company itself.

How To Turn A Toxic Office Environment Back Into A Healthy One?

When you're dealing with the aftermath of a very toxic workplace situation, you'll need some help to get things back on track. This means that getting some outside help from a professional is necessary. Clarity Wave is an excellent idea to help you get a grip on just what your employees really think about you, as well as the environment they have been working on.

If you're a manager trying to restore order, as well a positive, productive atmosphere in a workplace that has been shattered by a bad boss, the new Clarity Wave software comes highly recommended in order to learn how to get your office back on track.